The idyllic environment of ANEROUSSA is mentioned as a treasured memory in a contemporary Greek theatre play, while it has also been used as the natural setting of some of the most successful Greek TV series and documentaries:

– 1996-1997 “With Power from Kifissia”
Play by D. Kehaidis & E. Haviara, Kedros Publications. Staged at The Theatre of Cyclades Street, Athens, by L. Vogiatzis (also performed at various other venues in Greece and the UK). 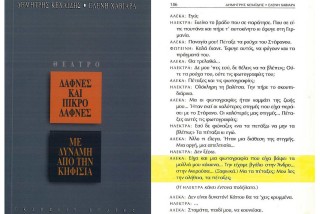 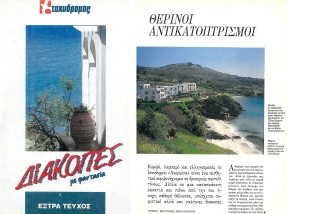 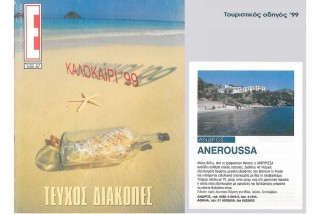 ANEROUSSA has received special mention in the following publications, in some of them also featuring on the cover: